Our 20MW Solar Farm site at Simbrofo in Central region of Ghana. 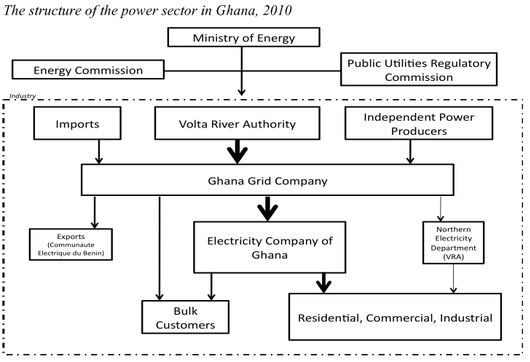 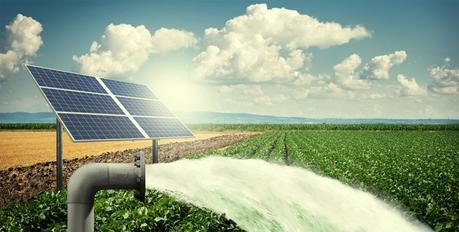 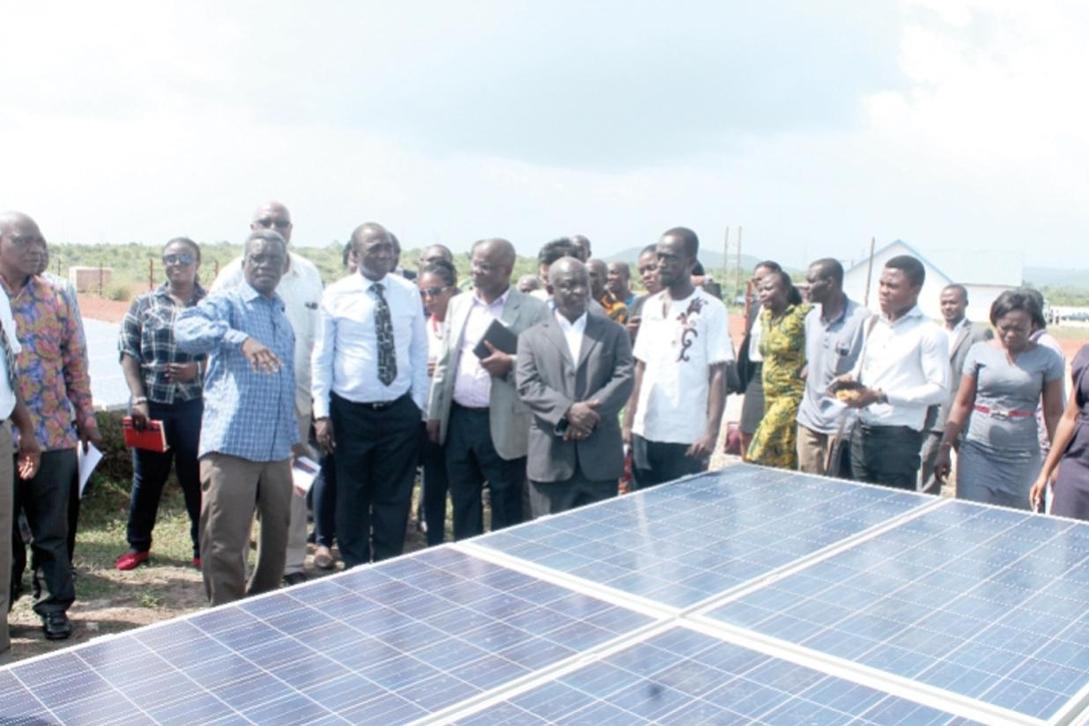 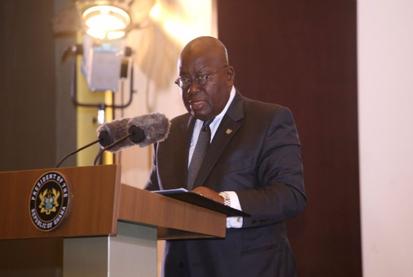 Government will soon issue a $2.5 billion bond to retire the legacy debt in the energy sector considered the biggest threat to the economy.

The debt arising out of the energy crisis that hit the country between 2012 and 2016 stands at $2.4 billion with the potential to collapse many banks and plunge the nation back into darkness. Addressing the World Bank Development Finance forum earlier today in Accra, President Akufo-Addo said the bond when issued would create the needed space for increased investment in the sector.

"Government has reviewed existing Power Purchase Agreements (PPAs). Our policy is to move Ghana from a reliance on thermal towards renewable energy. We have, thus, decided that new PPAs will only be signed for renewable energy,” he said.

Current PPA position- June 2018 - The reported World Bank position is tenuous. Legally and technically, Ghana had not signed the number of agreements being bundled around. ECG had initialed some PPAs but until Cabinet and Parliament approves, it is not a signed agreement because of the requirement for a government consent and support agreement or the put/call option agreement as well as the constitutional requirement for parliamentary approval because of the guarantees involved.  We await the new PPA procedures and are already negotiating with the New Government regarding the PPA for our Simbrofo prohet. We are to submit a FiT payment of $0.10 per KWh. All but six projects had their PPA's withdrawn and cancelled and all new PPA's will be signed and issued from June 2018 onwards.

The World Bank, in May 2017 have issued a $2.5 billion Bond to help secure the Energy Sector in Ghana. PSECC Solarfarms Ltd have formed an SPV company in Ghana - Simbrofo Light Ghana Ltd to take forward our first Ghana Solar Farm.

In the UK we have formed the holding company - Simbrofo Light Ghana Ltd UK Ltd and Alan Brewer is it's MD & Steve Filary as the other Director.


We have linked into In-Country expert Michael Mikadao at PTL Technologies Ltd in ACCRA - pictured top right with another Solar Farm development in 2015 -  he was responsible for the consultancy work by a Chinese company.  Michael is  to assist us further with negotiations with the new ECG for a PPA for the Ghana project at Simbrofo, Michael has been highly professional and given great assistance together with Consultancy  to us.

This economic, social and political changes in coming years’ production, Industrialising, middle-income economic development are pillars aimed at improving the living standards for all Ghana through an economic development program, through which the country is expected to achieve a good average Gross Domestic Product (GDP) growth rate. The Solar Farm electricity, 55,000 MWh each year will be sold to ECG. The first part of the project funding was in place on the 2nd December 2016 and the rmeinder in place on the 14th July, all we are waiting on is the new PPA estimated Jue 2018 onwards.

Natcore are assisting
us in Ghana 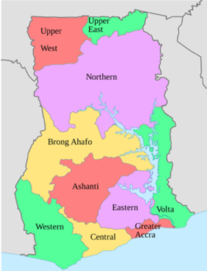 Simbrofo Ghana 20MW Solar Farm - Simbrofo Light Ghana Ltd - The SPV company, Registered in ACCRA Ghana for the 20MW Solar Farm at Simbrofo in the Central Region of Ghana, Ghanian Directors David Tamakloe & Victor NooNoo. The Holding company is Simbrofo Light Ghana Ltd UK Ltd in the UK, Directors Alan Brewer MSc & Steve Filary HNC. A Provisional License was granted and issued on the 20th December 2016. PPA draft issued in November 2017, still to be agreed upon by (PCOA). Feed-In-Tariff (FiT) Letter from the Ministry of Finance obtained in December 2017. Our PPA will be issued soon by the Electricity company ECG in Ghana.  Possible Build start date of September 2019 & operational by August 2020.

Five  years development experience in our Solar Farm programme in Africa, Kenya and Ghana.  We have been active in the Renewable Energy Solar sector for over twenty three years. In 1995 were responsible for Researching and writing one of the first City Energy Policies and Strategies under Agenda 21 Sustainable Development programming. This led onto the coordination of a County Energy Network in 2002 and then onto Renewable Energy development in 2004 to 2012 in the UK mainly in Solar PV, Thermal, Wind, Biomass, Air source heat pumps, Energy from Waste (EFW) and GSHP.

Since 2012 we focused on Africa, specifically Kenya first with a 10MW Solar Farm proposal at Konsa and proposals made for Nakuru, Neydia, and recently partnering with the FEP Group for two 10MW proposals in Mombasa. Ghana was then looked at in 2016 and the Simbrofo project commenced being develpoped. The Old Government had issued many PPA's and all these had to be checked by the new Government and new schedules entered into to issue PPaAs going forward. Each project must be in line with the Presidents Local Content & Local participation where 50% of products must be from Manufacturers in Ghana. We are working very closely with the President on Waste Management in Ghana and it is hoped that the Simbrofo PPA will be issued shortly.

The Chiefs who own the Land in Simbrofo have given their permission and will receive part of the revenue from the Solar Farm, which will be used to build a school and provide FREE Solar PV panels for homes (20W) in villages around the Solar Farm together with Solar PV Water Pumps and Solar Street Lighting can be arranged. National Development programmes in the Country of Ghana will see increased Climate Change Mitigation and Renewable Energy being produced thus making it possible for Ghana to accelerate Growth in the Country resulting in electricity for all the people of Ghana. 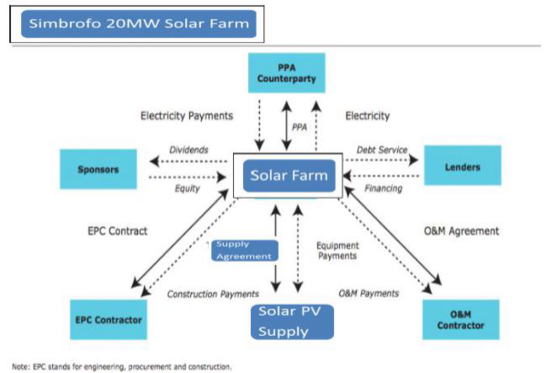 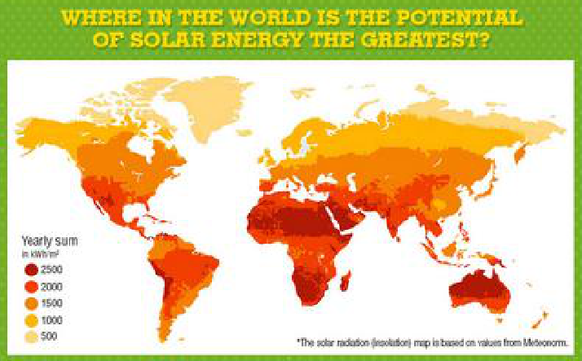 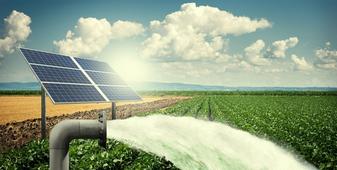 David Tamakloe (left) has made possible the 20MW Solar Farm project at Simbrofo in Ghana.

His connections proved to be invaluable and has seen this project through from start to finish.

Mr Michael Milkado CEO of PTL Enterprises Ltd in Ghana seen here below at launch of a Chinese 20MW solar farm in 2016, left talking with the Minister of Power 2nd left of centre.  Our Ghanalight Solar Farm projects will give back to the peoples around each of our solar farms - Revenue share portion to be used for FREE Solar PV panels (20W) for villagers, Solar Water Pumps together with Solar Street Lighting.  The landowner could also become a shareholder in the Solar Farms - ourfirst being at Simbrofo.

Speaking at a Town Hall Meeting in Accra Monday, Dr Bawumia said it has per the new power purchase policy, anyone or company that wants to undertake power production in Ghana would not charge more than 10 Cent per kilowatt/hour of power.

The FIT previously agreed to and signed for in the agreements were higher than what pertains in neighbouring countries. Ghana’s previous government had signed over 40 Power Purchase Agreements (PPAs) with Independent Power Producers, which had resulted in excess power supply in the country.

He said it has per the new power purchase policy, anyone or company that wants to undertake power production in Ghana would not charge more than 10 Cent per kilowatt/hour of power.

Ghana have not signed the number of agreements being bundled around. ECG had initialed some PPAs but until Cabinet and Parliament approves, it is not a signed agreement because of the requirement for a government consent and support agreement or the put/call option agreement as well as the constitutional requirement for parliamentary approval because of the guarantees involved.

In May 2017 - Only one such agreement has been approved by Cabinet and Parliament that is not under construction – Jacobsen project.

The World Bank in May 2017 indicated Accra, May 8th, GNA - The proposed Public-Private-Partnerships (PPP) Bill, when passed, is expected to provide clear guidelines on procurements and other processes for PPP in Ghana and thus help to curb excesses caused by sole-sourced procurement. 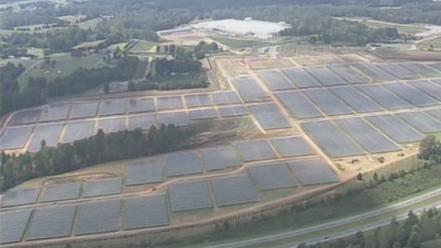 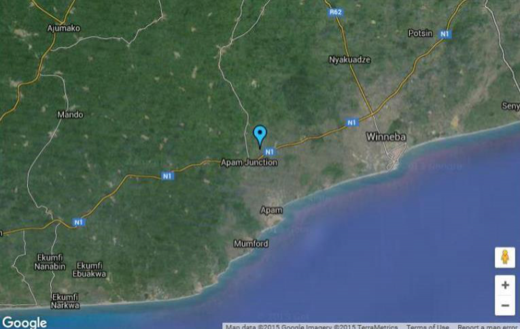 PSECC understand that the old NDC administration were signing more power purchase agreements than were required for the country and that many PPA’s have been cancelled (twenty) in the early part of 2017. All but six have been cancelled.

In May 2017 the Vice President, Dr Mahamudu Bawumia has said the government has saved the country $300 million by reviewing and prioritising some Power Purchase Agreements. We estimate we will get a PPA for this Simbrofo project approximately June onwards 2018.

Technical staff at Fountain Technologies Ltd will be assisting our EPC company with Solar PV panel and tracking system installations in both Ghana and Kenya.

The Simbrofo OFF GRID & 20MW Solar Farm is supported by the UK company PSECC Ltd and UK Government UKTi programme and is an initiative of Simbrofo Light Ghana Ltd UK Ltd. Alpin Sun GmBH will act as EPC.

Our approach is to make sure that Ghana get value for money and receive from us the best designed Solar Farms with maximum power output together with bringing substantial community benefits such as a new school, solar water pumps and street lighting and possible FREE 20 watt solar panels for villagers around each of the Solar Farms. To be able to do this we will need from the Ministry of Energy an open ended PPA, minimal losses at the sub station connection.

We are active in the UK, and since 2012 in Africa - Kenya & Ghana. We are building and funding Solar Farms and Solar Mini Grid systems in Ghana and arranged a 10MW Solar Farm for Riara University at Konza.

If we can get the PPA over twenty years and possible at a higher FiT of $0.0886 per KWh then all the community enhancement can take place. 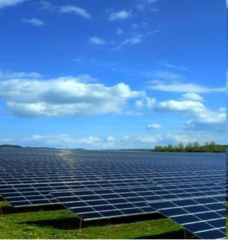 Our Simbrofo 20MW Solar Farm in Ghana will save 480,000 tonnes of CO2 over twenty years